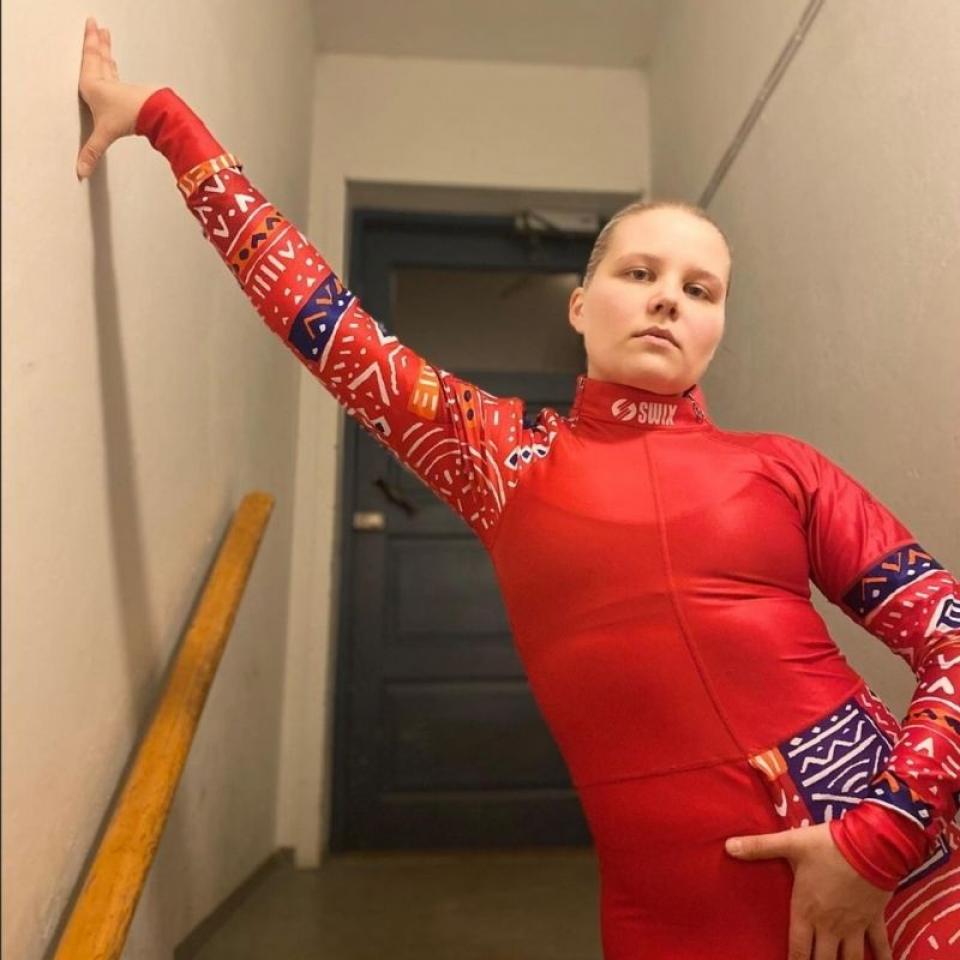 “I love art because it gives you a lot of tools to express yourself, in a way that it’s not straightforward” - Interview with Noitakallio

Our very first crowd-led event is happening on the 2nd of December at Korjaamo Kino, Helsinki. We chatted with multidisciplinary artist Noitakallio about what we can expect from this exciting event - Lintumiehen Tarina - and how Eventual played a key role in making all this happen.

Eventual: When did your passion for visual arts start?

Noitakallio: I think I've always been very visual, however, I never actually drew when I was younger, I didn't have any artistic hobbies as a kid. Then, I went to business school and while I was there, I was constantly thinking to myself that I felt like I didn’t belong there. That was when I started drawing and decided to apply for an art school - and I got in on the first try! It was an exciting and interesting journey. That experience sparked my interest in all kinds of art. Currently, I’m working in graphic design, illustration and video animation. I’m passionate about telling stories and creating my own world is a form of doing that, while expressing myself. I love art because it gives you a lot of tools to express yourself, in a way that it’s not straightforward - you can tell stories that have different meanings, which also gives freedom to other people to feel connected with the story in many ways. When I’m telling my stories, they are all very personal, they affect me. I feel like nobody can understand my stories, but then people see my work and they resonate with it. It’s incredible how the most complicated feeling, our intimate ones, are so universal afterwards. Everyone feels love, hurt, anxiety, all these kinds of feelings. That is why I’m always very interested in people’s feelings, characters, worlds… And I discovered animation and video as a platform to create a feeling or an atmosphere with lighting and music. It’s more complex than just a picture and you can play around with different elements.

Noitakallio: Most of the time, the ideas are in my head. And they are cool there. Then, I start to think about how I can put this idea out and build something, so someone else can access what's inside my head. The process is so interesting because I love building things, bringing elements together, even though it feels like a mess: when I’m working on a project, it always feels messy. But in the end, it all makes sense. The process is always very intuitive.

In the case of Lintumiehen Tarina, it just came out of somewhere in my head. I woke up in the middle of the night with the story on my mind. I took my phone and wrote it down. Maybe I was dreaming about it… The image of a Birdman who’s all blue and lives in this weird world and only goes to the store by night because people are staring at him. This has been in the back of my mind for three years - and now it’s getting a form that I can show to people and share that this was in my head this whole time.


Eventual: Can you tell us a bit more about Lintumiehen Tarina - the Story of a Birdman?

Noitakallio: Sure! The Story of a Birdman is a stop motion animation about a character called Birdman - even though it’s not necessarily a man, but it’s instead representing an individual. This figure is a tall, weird-looking person - so everyone stares at him. This was the starting point of this story, which is about being different and having people constantly staring at you and the things you do to avoid that. The Birdman only goes to the store by night to not be seen. And the story unfolds from here… But you’ll see more on the 2nd of December.


Eventual: Do you think people will feel connected with Birdman?

Noitakallio: Well, I think everyone has a Birdman inside. Especially when we are different from the norm. Being stared at underlines the fact that you are different from other people and that can make you question yourself. In this world, we haven’t created a world where difference is perceived as a good thing, it can be scary. But for me, the difference taught me so many new things. I always try to open my eyes to be open to different things.


Eventual: What can people expect from the stop motion premiere?

Noitakallio: I guess people can expect to see the insides of my head. I am also going to exhibit the whole setup that I have built: the studio where I have filmed the animation, so people can see the actual place where I have created this work. I hope they can get the feeling that I have towards the Birdman - he’s an interesting character and able to steal hearts! Maybe people will fall in love with Birdman.


Eventual: Do you have any future projects in mind?

Noitakallio: I still want to work on animation. I want to create a short series of animations inspired by the theme of social media.


Eventual: What was the role of Eventual in making this event come to life?

Noitakallio: Eventual was important to me because it provided me with a platform to show my work. It created a way to show my work and find my audience. I was able to make it happen, which got me motivated to keep doing this. As an emergent artist, I didn’t have the space and resources to present my art, until I found Eventual.


How can Eventual support artists?

Noitakallio: I think the role of Eventual in the arts sector is very important. It creates an opportunity for everyone, without restricting the arts scene to the elites and the elitist way of thinking. Eventual comes to provide something that was missing before. It created a way for independent, new artists to showcase their work, even if they are not a big name. You don’t need to be somebody to do something. If you have the support of your audience, you can try it out and see if they are interested in supporting your work. It takes away the risk and, instead, it gives you all the possibilities.

Join Noitakallio and the Eventual team on this special event. Get your ticket here.