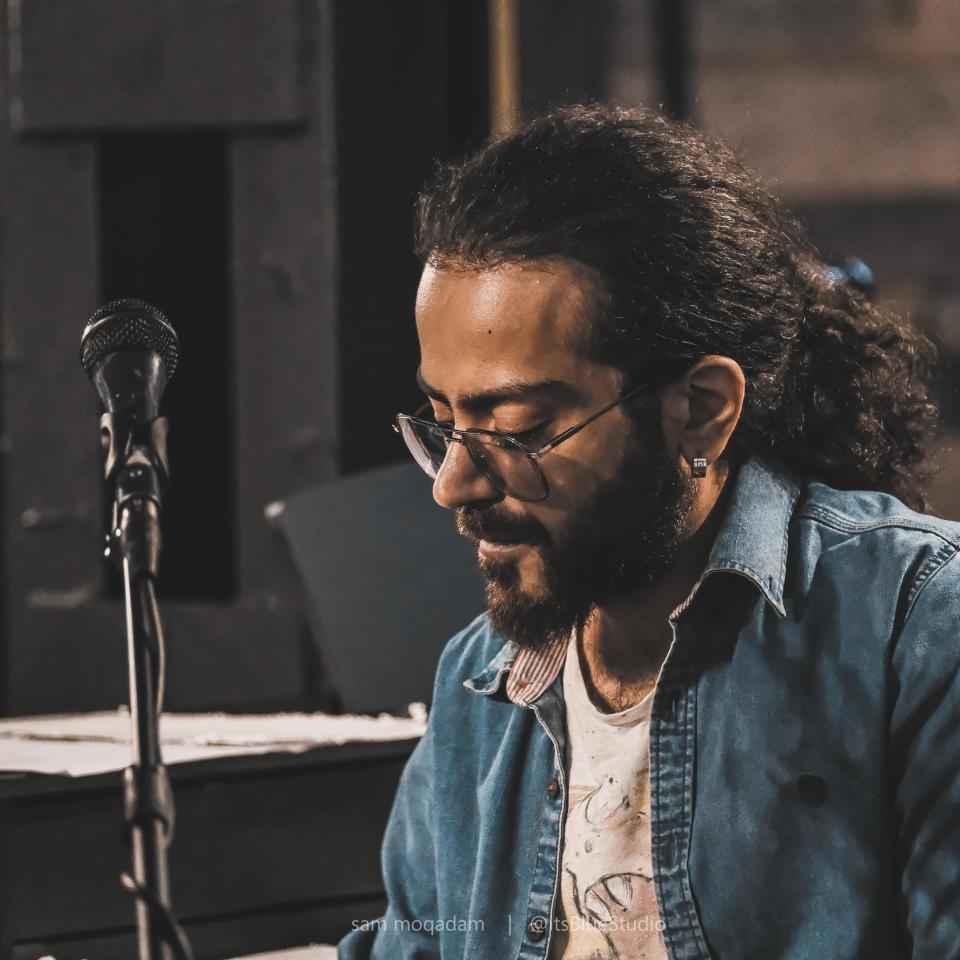 The Orca Man - What is it like to play music in a country where playing music is banned?

The chance of us meeting a young Iranian artist who also happens to play a mixture of electronic music and heavy metal was somewhere around 1 in a million. And that’s not just because recent travel restrictions made everything more complicated, but because his art is as beautiful as it is forbidden. For an unconventional artist like Ali Seif, also known as The Orca Man, living in Tehran comes with many challenges, the greatest being that performing his music in public places could get him to prison.

Thanks to the wonders of the internet, we have stumbled upon the Orca Man while scrolling through one of his photographer friend’s online portfolios. We shared the image on our Instagram profile and shortly after, Sam Moqadam (the photographer) recognised him; it wasn’t long till we started chatting with Ali Seif. Little did we know that an outstanding story was about to unfold before us and that we were to meet an incredible man, brave enough to share his experiences with the world.

During our interview, we learned that Ali’s passion for music runs in the family, as his sisters love playing different instruments too. Unlike them, Ali went for a rather unconventional genre in his teenage years, when he started playing the guitar and discovered rock and heavy metal bands like Pantera and Gojira. However, he owes his love for electronic music to the video games he used to play as a teen when he first thought about mixing it with heavy metal.

When God goes beyond religion

The educational system in Iran is very conservative and religious. Ali had been under tremendous pressure at home. He tells us that at some point he needed something stronger than religion and the fear of God to keep him afloat. He decided that a rebellious attitude towards life was going to be his salvation or at least a nice distraction from the daily hardships of the country’s oppressive government.

Rock, heavy metal and electronic music are nowhere to be heard in Iran, apart from the underground culture, which, as Ali told us, goes back a few good years. Thanks to the same underground culture scene, he got to play his music to the public in cities like Istanbul and Dubai. In this sense, he says, “metal music helped me bond with others who shared the same interests and life values”.

“Living as a musician in Iran is next to impossible”, continued Seif, as he recalls being held in police custody for a couple of nights after playing in a café a few years ago. Specific types of music are illegal in Iran, and it is believed that some musical sounds are harmful to the soul, especially the ones that could encourage dancing, which is also banned in public places. That gig never got to happen anymore, and the café closed down shortly after that incident.

The war on music

The lack of free speech and a comprehensive copyright system makes it difficult for artists to protect their work and leaves most of the world oblivious to what musicians like the Orca Man need to go through on a daily basis. “I feel like God postponed my true self”, and that the Iranian government “kept my brain in a box”, which at some point made it hard for him to distinguish his true thoughts and feelings from the ones he was conditioned to have,  mentioned Seif. He wants the world to know what is going on in his country and hopes that one day he’ll get to do what he loves without having to worry about what might happen to him at any given moment.

After graduating from college, Ali went to study analytical finance in Sweden for 2,5 years but realised that a corporate job was not the calling of a 20-year-old artist who wanted to explore the world through music. He decided to return home for a while, but ever since that time, the government has kept postponing issuing his visa, and he cannot leave Iran.

Ali Seif, the human behind the Orca Man, now lives in the North of Iran,  where he can be closer to nature and focus on his upcoming album. Thanks to the Iranian underground music scene, he sometimes gets to play techno and electronic music at private gigs, and he even keeps an up-to-date profile on YouTube, Instagram, and SoundCloud, where the world can enjoy his art.

“What is that one thing that you wish to do? What is your dream?” we asked Ali during our interview. “It takes longer for people like me living in Iran to know themselves (...), but I wish I could have an instrument on my back and go see different places, meet new people, learn new languages and stay close to nature. I wish I could see the world.”

In a world where the internet can take you from one side of the world to the other in a matter of seconds, seeing your favourite artist perform live on your local stage is as much of a privilege as it is a possibility. As with many other things in life, making your dream event come true requires some work and dedication. Eventual gives you the chance to have a say in your city’s cultural landscape and decide what performer you want to see next. Let's stop settling for the expected. Share your ideas with the world and make your dream event come true on eventu.al.