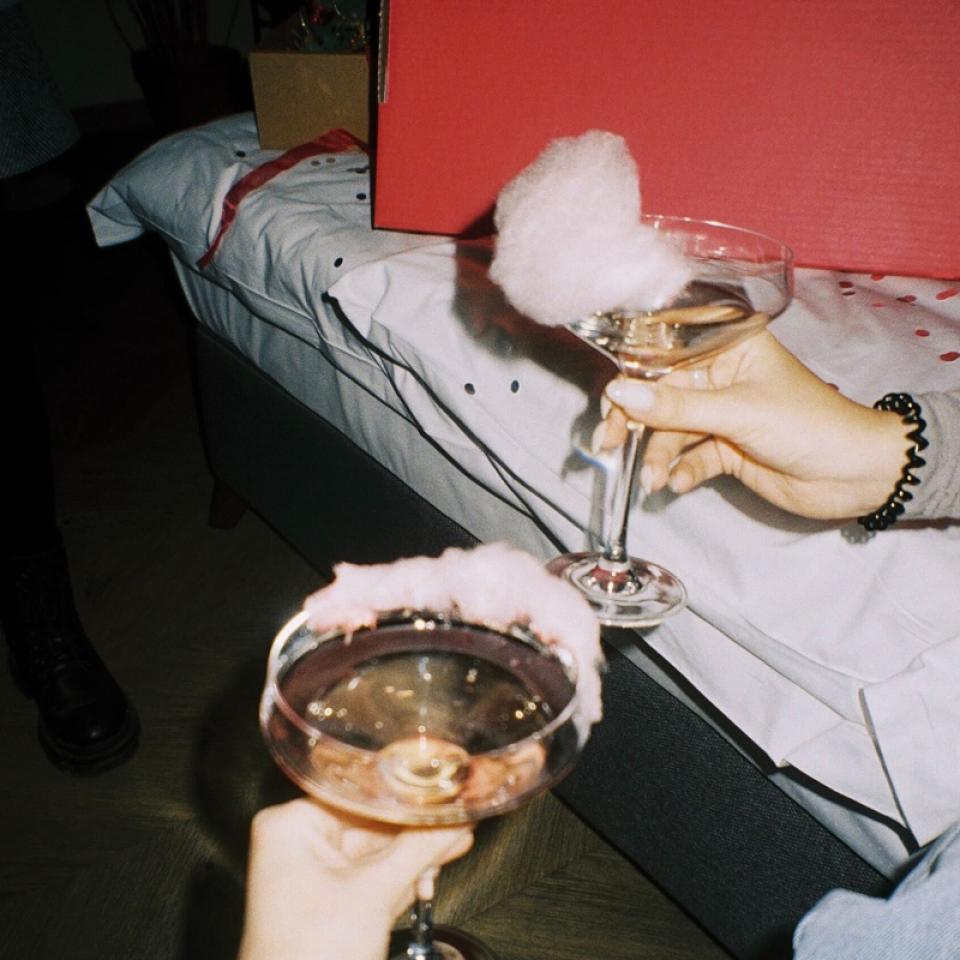 Sober on the dance-floor: An alcohol-free event powered by people

The first-ever sober curious event powered by people is happening this week in Helsinki. Through Eventual, the Darravapaa community was able to find like-minded people keen to experience clubbing without drinking.

Drinking has been (maybe for too long) considered as the utmost way to have fun. From after-work drinks to a night out, having a good time mostly meant a bunch of beers or cocktails. Yet, recently, something has changed. People are more aware than ever of the dangers of alcohol abuse, and how a healthier lifestyle can lead to better mental health. If ten years ago, being cool meant waking up with a hangover, the new trends focus more on self-care and positive routines. And the dance floor is no exception.

In the Mixmag article DJs share their tips for going sober in the rave, we get a glimpse of what it feels like to party and enjoy the music without the use of alcohol or drugs. For many DJs, sobriety has been redefining the idea of clubbing and the purpose of going out; after all, isn’t music the greatest drug?

The sober curious concept has been conquering people all over the world, including in Finland. Laura Wathen and Katri Ylinen are the voices that are amplifying this movement and building up a community of sober curious people on Darravapaa. At the end of last year, they wanted to create a new concept in Helsinki: an alcohol-free clubbing experience. Through Eventual, they found a community of supporters who sold out the event, which will take place on the 23rd of March. Sober Furious aims to become a new and fresh concept that allows a new way to experience a night out. We spoke with Katri about the idea behind this event and how a sober lifestyle might be what you’re looking for.

Well, there were many last days of drinking (laughs). A few years ago, I started wondering if I was drinking too much. I had killer hangovers, and the alcohol was really affecting my mental health; I always had feelings of anxiety and depression after drinking. But still, I believed that it was the funniest thing to do, that it was always taking me on a good adventure - you never know what’s going to happen when you go out with your friends for some drinks. But then I realised that it wasn’t that fun anymore. In 2018, I wanted to quit drinking, but it only worked out one year later. I was in Brussels with my friends and we were making a toast. Someone gave me wine and I just felt that would be my last drink. And I never had another drink again.

It was difficult, though. I don’t want to sound like it was an easy step to take. But I’m really glad that I managed to make this decision.

It was very important for me to publicly talk about my decision on social media because I also wanted to tell everyone about it at the same time. And when I did it, I surprisingly got tons of messages from people saying things like “I’m also thinking about quitting”, “I also had my last drink a few months ago” or “I haven’t done it yet, but I want to”. So, I decided to create a group chat - and that was where I met Laura. She had amazing ideas about what kind of communications we should have on the sober curious movement. We got along really well immediately and we decided we should create a project together. That was when we launched Darravapaa.

​All we initially wanted was to have a platform to discuss the sober curious phenomenon that was already happening in other countries. But we felt that somehow it was a bit difficult to talk about that in Finnish because even in our vocabulary it’s hard to talk about sobriety. The words are quite heavy, there’s historical background. So we wanted to talk about it freshly, having a podcast. In the beginning, we thought we could have a good reach, but the big amount of followers was a complete surprise. Currently, we have more than 20 thousand followers and our podcast is on the national broadcaster. When we started realising the impact of this project, we decided to create a business plan around it. And this year, we are particularly happy that we have this Sober Furious event starting. We hope there will be many of them!

When people quit smoking, nobody questions that. They congratulate you on your decision. We would want to achieve the same point with the consumption of alcohol. Because when you decide to go sober, you still hear questions like “do you have any health problems?”, “Are you pregnant?”, “Why aren’t you drinking?”. I think that, socially, people still assume that everyone drinks and that’s the way to have fun. And we need to change that urgently.

Well, I think that it would sound a little bit like a cliché, but it’s being present. The funny thing with sobriety is feeling that I’m absolutely 100% myself 24 hours a day, seven days a week. There’s not a break from being myself. Sometimes it can be a pain in the ass (laughs), but it’s also the best thing. I always know that I’m present, where I am, what kind of conscious decisions I’m making. And by being present, I learned how to enjoy my friends’ company more, or just being me. I gained a lot of trust in myself after quitting drinking.

I’m sure it will be an interesting social experiment! In this sober event, I hope that people can find the freedom to be and feel exactly like themselves. If they feel awkward, and don't feel like dancing, then that’s okay. It will be interesting to see how social life works in a club without alcohol - because, usually, alcohol is the social booster. So I’m curious about how everything will be. But I’m sure people will still want to dance and party, as we have a great lineup; many of the DJs are sober themselves so they are excited about having a non-alcoholic audience keen to experience their music. And, of course, when people are thirsty, we’ll have delicious mocktails. I hope it will be a meeting place for sober people to meet each other and share their experiences. I’m also keen to meet more sober people!